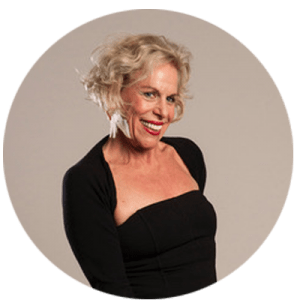 Called the “Queen of Queens,” by her clients and students, Dr. Hunter has spent her career researching and developing feminine power in body, mind and spirit. She has trained in a wide variety of transformational modalities, from dreamwork to developmental and somatic psychology, including chakra work, primal, gestalt and NLP. Additionally, she has worked and published scholarly works in the field of restorative ritual for women and reclaiming the feminine in today’s world. She has done original research on the origins of patriarchal religion in Egypt, Syria, Cyprus, Turkey and Greece. She wrote for the Huffington Post from 2009-2016, where she published her first public statement on the subject of “Reclaiming the Feminine”

Dr. Hunter has been known for her writing and teaching about women, gender, ritual, and transformation since the publication of her first book, Celebrating Her, by Pilgrim Press in 1998. She has presented her work as a mythologian, ritualist, and theologian to the American Academy of Religion in Chicago and San Francisco, and has had her public rituals covered by the Oakland and LA Times. Her radio commentaries were heard on WHMP Radio in Western Massachusetts. From 2009-2016 she wrote for the Huffington Post, commenting and prophesying on the momentous changes humanity is currently undergoing.

She holds graduate degrees in Social Work (M.S.W. State University of NY at Stony Brook), and Divinity (D.Min.Pacific School of Religion, Graduate Theological Union at UC Berkeley) and is an ordained minister of the Swedenborgian Church of North America. She is a member of Barcelona Global and serves as Vice-Chair for the Barcelona chapter of Democrats Abroad. She serves on the advisory board to the INTIMOLOGY Institute. For fun she speaks on sex, gender and relationships at the Dating Exchange Meet-Up.  She hosts salons on various edgy subjects in her home overlooking Las Ramblas.

The Immersion Experience, where she guides women to become the Queen of their own lives, is a culmination of all her previous study and experience. She believes that the Feminine Spirit may be the only thing that can regenerate a world that is coming apart.

Ksenia is a coach and psychologist inspired by freedom and personal growth. Trained in Psychology (Master’s degree, Moscow City University of Psychology and Education, 2007), she has 10 years experience in business transformation, talent management, personal development and coaching within professional services firms (PwC Russia, Central and Eastern Europe and Global). She graduated from UK Academy of Executive Coaching in 2012, certified in DISC Behaviours and Motivators (2011), SDI Level 1, 2 qualifications (2010), 360 D Development and Personal Development Planning by SHL (2008).

For the last eight years, she has been practicing meditation and psychosomatic movement (Skinner Releasing Technique, Contact Improvisation, Watsu, Wata and Water Contact, Axis Syllabus, Gurdjieff sacred dance and others) studying with leading international teachers in these fields all over the world. She is interested in evolved spirituality and rituals supporting consciousness and healing. She offers individual sessions in Paris combining her knowledge and experience.

Ksenia is a true world citizen. Born in Moscow, she lives in Paris and travels most of her time.